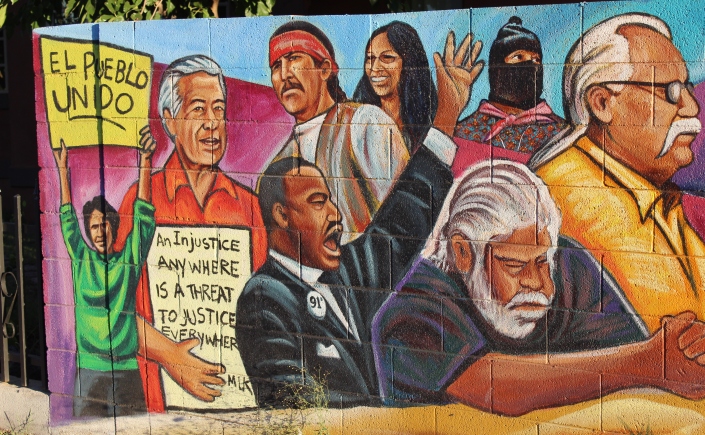 Leadership is a funny thing. Everyone’s got a different idea on how to lead, or different philosophies of how lead a business or a group of people. It’s hard these days with all the digital content flying in cyberspace onto our computer screens. Who’s right? Who should you listen to? Do you even care?

So, if you’re still reading this, I’m assuming you sort of care, so I have put together a list of quotes from various high capacity leaders that I’ve collected over many years, and they all capture something about what they think leadership is. So read on, but at the end of the blog, please leave a comment or two about what you would add to the question, “What is leadership?”:

Peter Drucker: “The only definition of a leader is someone who has followers.”

John Maxwell: “Leadership is influence – nothing more, nothing less.”

Warren Bennis: “Leadership is a function of knowing yourself, having a vision that is well communicated, building trust among colleagues, and taking effective action to realize your own leadership potential.”

Roman Catholic Diocese of Rochester: “Leadership is the process of influencing the behavior of other people toward group goals in a way that fully respects their freedom.”

Dave Kraft: “Great leaders: 1. paint a picture of a compelling future that allows others to see what could be accomplished; 2. equip their team members by giving them tools, resources and training to fulfill their responsibilities; 3. release their team members by letting go of the tendency to micro manage so that others can learn how to lead.”

Andy Stanley: “Leaders don’t let success or momentum overshadow their vision, they’ve got to keep the vision out in front.”

Theodore Hesburgh: “The very essence of leadership is that you have to have a vision. It’s got to be a vision you articulate clearly and forcefully on every occasion.”

Andre Maurois: “The most important quality in a leader is that of being acknowledged as such.”

Eleanor Roosevelt: “Leaders do the thing you think you cannot do.”

Henry Miller: “The real leader has no need to lead – he is content to point the way.”

Dwight Eisenhower: “Leadership is the art of getting someone else to do something you want done because he wants to do it.”

Lewis H. Lapham: “Leadership consists not in degrees of technique but in traits of character; it requires moral rather than athletic or intellectual effort, and it imposes on both leader and follower alike the burdens of self-restraint.”

Walter Lippmann: “The final test of a leader is that he leaves behind him in other men the conviction and the will to carry on… The genius of a good leader is to leave behind him a situation which common sense, without the grace of genius, can deal with successfully.”

Jesus of Nazareth: “You’ve observed how godless rulers (leaders) throw their weight around,” he said, “and when people get a little power how quickly it goes to their heads. It’s not going to be that way with you. Whoever wants to be great must become a servant. Whoever wants to be first among you must be your slave. That is what the Son of Man has done: He came to serve, not to be served—and then to give away his life in exchange for many who are held hostage.” Mark 10:42-45 (The Message)

Max DePree: “A friend of mine characterizes leaders simply like this: ‘Leaders don’t inflict pain. They bear pain.’”

Alexandre Auguste Ledru-Rollin: “Ah well! I am their leader, I really ought to follow them!”

Peter F. Drucker: “Charisma becomes the undoing of leaders. It makes them inflexible, convinced of their own infallibility, unable to change.”

General H. Norman Schwarzkopf: “Leadership is a combination of strategy and character. If you must be without one, be without the strategy.”

Albert Schweitzer: ”Example is not the main thing in influencing others, it is the only thing.”

General George S. Patton Jr: “Be willing to make decisions. That’s the most important quality in a good leader.”

John F. Kennedy: “Leadership and learning are indispensable to each other.”

Stephen R. Covey: “Management is efficiency in climbing the ladder of success; leadership determines whether the ladder is leaning against the right wall.” (This is one of my personal favorites!)

Ralph Nadar: “The function of leadership is to produce more leaders, not more followers.”

Bill Gates: “As we look ahead into the next century, leaders will be those who empower others.”

Harvey S. Firestone: “The growth and development of people is the highest calling of leadership.”

Max DePree: “The first responsibility of a leader is to define reality. The last is to say thank you. In between the two, the leader must become a servant and a debtor. That sums up the progress of an artful leader.”

Richard Nixon: “People are persuaded by reason, but moved by emotion; [the leader] must both persuade them and move them.”

To close it out, I’ll share a few of my own I’ve put together from gleaning from others:

“Leaders are good listeners, then they will know who they are leading to better motivate them to accomplish what they all really desire.”

“Leaders walk with a limp, but they don’t let the limp define them.”

“Leaders are vulnerable enough to be real and authentic, and thick skinned enough to keep being vulnerable.”

“Character defines a leader, not charisma.”

“Leaders never grow out of being a servant.”

“Those who are die, and are willing to die for justice are leaders.”

Hope this has been fun to read. I would love it if you left a few of yours to share with us as well!